Financial Industry Recovers amid the Downturn, with Asset Management Bucking the Trend

The biggest wish of employees is an increase in salary. Research institutions’ surveys have shown that employees in the financial industry were the ultimate winners in 2018. According to the Hong Kong Institute of Human Resource Management’s Pay Trend Survey, the financial services sector enjoyed the highest pay growth rate both in base pay adjustments (5.3%) and in non-guaranteed bonus plans (17.63 months of base salary) compared with other sectors. Will the growth trend continue in 2019?

After the financial crisis in 2018, there were endless layoffs in the global banking industry, besides pay freezes and pay cuts. Trade tension increased the uncertainties in China-US relations, and made the outlook for the global economy gloomy. Many big banks cut growth forecasts.

While the market sat on the fence, there was good news in the banking sector. “We expect there will be no big layoff plans,” said Robert Knight, a partner at executive search firm DHR International. He shared his observations on banks’ recruitment plans.

Statistics show the layoff of employees in the financial sector reached 1.4 million by 2016, and the number of layoffs in the banking sector was over 600,000. After the continuous reduction of employees over the past 10 years, the layoffs reached a ceiling, so “the number of employees has been stable”, especially those in the investment-banking and private-banking sectors, thanks to “the strong IPO pipeline”, and there was significant recovery in the hedge fund sector.

Opportunities for Hong Kong are Returning

Secondly, he was especially optimistic about the asset management sector. There were two trends: 1. over the past 18 months, big asset management firms have been entering the China market, and at least 50 international fund firms have expansion plans; 2. As a result, joint ventures competed to attract talent, and the pay in relevant sectors increased.

Mr. Knight said, “Those companies previously only considered New York, London and Hong Kong as financial centers, and then mainland China suddenly became another center” because China was opening up its financial markets.

On the one hand, there is the trade war between China and the US; on the other hand, the mainland regulators have continued to release signals about opening up, such as easing restrictions on foreign ownership in the banking and asset management industries, and UBS’ securities unit subsequently applied to own 51 percent of its joint venture. Mr. Knight believed if there was truly opening up of China’s financial sector, the opportunities for Hong Kong would come. Over the past few years, the Singapore government was very positive in developing its asset management market. “Companies now see Hong Kong as a base for entering the mainland China market”.

This expatriate even said, “Hong Kong is returning to its previous position, like in the 1990s.” In that era, Hong Kong entrepreneurs moved their factories to mainland China one after another, and a large number of mainland companies were listed in Hong Kong. 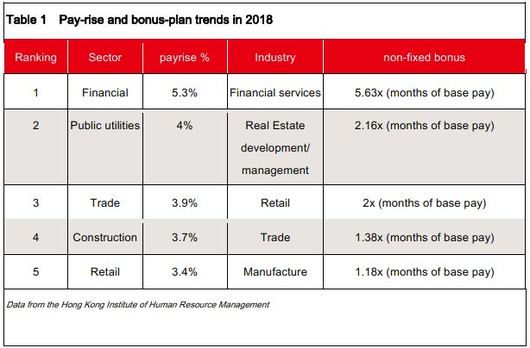 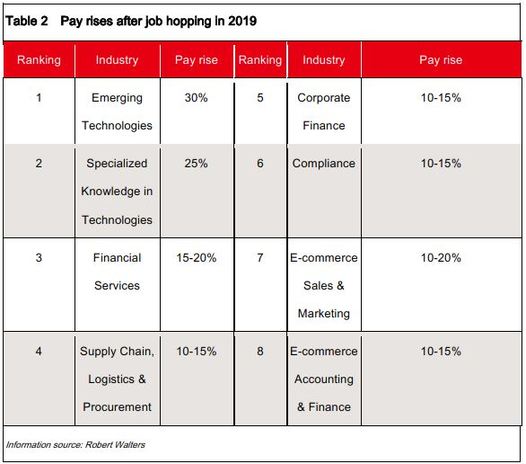 Mr. Knight analyzed the opportunities in Hong Kong from the perspective of foreign companies: “First of all, the financial center in Hong Kong is world-class; it has a larger scale and is more international than Singapore’s; Secondly, if companies plan to enter China, they could just come to Hong Kong instead of Singapore. Besides, the Shanghai-Hong Kong Stock Connect and the Shenzhen-Hong Kong Stock Connect enable cross border deals.” All of the above would involve legal and compliance services, risk management, Internet security and others. The demand for job positions relevant to cross border capital flows would increase significantly.

Another attractive sector is the insurance industry. It has been said that mainland regulators intended to speed up the opening up of the insurance sector. And it’s been reported that FWD Group, owned by tycoon Richard Li, was in the process of obtaining regulatory approval for a majority-owned China insurance joint venture. Mr. Knight said “Many asset management products sold in mainland China were actually designed in Hong Kong. It is estimated that the insurance industry in China is 15 years behind the sector in Hong Kong.” In other words, Hong Kong talent has comparative advantages.

Expats do not have great advantages any longer

As financial institutions settled in greater China, it is no wonder that China has enjoyed the highest pay rises. Human resources consulting firm ECA International has forecast the rise would be up to 6.5%. In many cases, the pay would rise when talent changes jobs and move to another industry, especially in Shenzhen and Shanghai. People working in banks, law firms and accounting companies change jobs rather easily within these sectors, and that’s a reason why salaries kept increasing.

However, Mr. Knight pointed out that pay rises in Asia Pacific was generally limited due to an abundance of human resources. For example, there were local talents and students from mainland China; the issue between supply and demand made it difficult to increase salaries, and even foreign executives do not have the great advantages they used to have. He said with a shrug and a smile: “No room for the non-Chinese.”

This expatriate who came to Hong Kong a decade ago, said “The offer that includes two round-trip tickets, education allowance as well as free housing allowance and drivers, is now history.” On the contrary, foreign talent were still well paid in London and New York.

Pay rise of 30% with job changes

As the Cantonese saying goes: “Fish cannot get fat by staying in the same pond”. Another international recruitment consulting firm Robert Walters estimated the % pay rises in various industries after job changes (details listed in Table 2) and mentioned Fintech, such as Fast Payment Systems and virtual-bank licenses, would stimulate recruitment related to the technology and financial services sectors, and the pay rises would be 25% to 30% and 15% to 20% respectively.

Apart from the benefit of a pay rise, talent with experience in multiple industries could be in great demand. Mr. Knight said the management consulting industry grew very fast, and practitioners were from various industries. He jokingly said, “for those who are looking for a mid-career change, it’s like the companies could get McKinsey’s analyses without paying consulting fees”.

He added: “Especially in Asia, many companies rise in a rather short period of time, and the management are usually young. In the west, they may not be qualified to be senior executives if judged by their work experience alone.” In this context, management consultants for various industries played a role. As far as he knew, Fintech and private equity firms also needed relevant consulting.